Prices steady, but struggles in Alberta economy weighs on housing. Changes to the lending industry and a challenging economic recovery are weighing on sales activity in Supply levels have not adjusted to the weaker demand environment, and that is preventing price recovery. improved enough to offset the impact of changes in the lending -Marie Lurie. For the full report supplied by the Calgary real estate board please click HERE. END_OF_DOCUMENT_TOKEN_TO_BE_REPLACED

A recent RE/MAX survey conducted by Leger found more than one in four Canadian homebuyers report feeling pinched by the stress test, which came into effect in January of this year. However, projections for the spring market show optimism with most markets expected to remain stable or improve. For the full report click HERE. END_OF_DOCUMENT_TOKEN_TO_BE_REPLACED

From adventurous eating to mindfulness retreating, here’s what’s going down in the mountains near Calgary this month. Enjoy Lake Louise, Shred Fest, learning about Eagle migration, Bowling in Banff, Ghosts in Canmore, Fernie museum and MUCH more. We are a family real estate team and love where we work and what we do. We enjoy sharing all the activities there are for those of us lucky to live in Calgary and surrounding areas. Doug, Susan and Kristen have been selling real estate in Calgary for 40 years. Do not hesitate to contact us with any of your real estate needs. www.penleymcnaughton.com . For the complete info on what to do in the mountains the month of October click HERE. 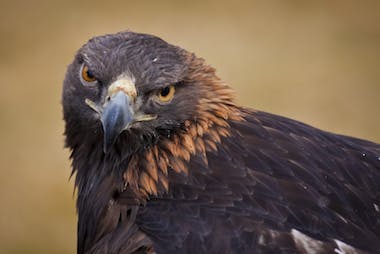 As real estate prices remain high in Canada’s urban centres, young families are looking for unique ways to finance their dreams of recreational property ownership. In a recent survey conducted by Leger, more than a quarter (28 per cent) of Canadians with children under the age of 18 indicated they would consider selling their primary residence in the city in which they live in order to purchase a cottage, cabin or ski chalet. Other options that these potential buyers are willing to consider include fractional ownership in a shared property, purchasing a recreational property with a friend or family member, and renting out the recreational property they purchase on a vacation rental website such as AirBnB. Click HERE for the full report. Do not hesitate to Call Doug, Susan or Kristen as we can connect you with the BEST possible real estate professional to help you find your dream recreational property almost anywhere in the WORLD! www.penleymcnaughton.com

Recovering oil prices, low interest rates, and US approval of the Keystone XL pipeline project have renewed buyer optimism in Calgary’s real estate market. Older properties in prime neighbourhoods in the centre-core of northwest and southwest Calgary are being redeveloped, contributing to a healthy increase in land values in these areas. Optimistic move-up buyers are driving demand for detached, single-family homes, typically in the range of $400,000$550,000. Although there is some activity in the lower-end, the condo market is flat due to considerable inventory. Properties remain on the market for approximately 2.5 months and this is unlikely to change over the course of 2017. Please call Doug, Susan or Kristen anytime with any questions you might have 403-283-7113. We are a family real estate team serving Calgary for 40 years! Click HERE or on photo for the full report. 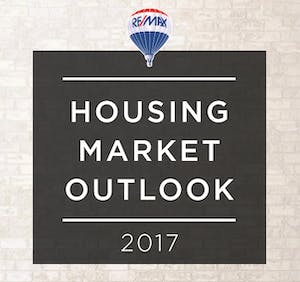 For a full detailed report on the housing market provided by RE/MAX for the entire country of Canada please CLICK HERE . If you are just interested in the Calgary’s real estate market go straight to page 8 of the update. If you have any questions – never hesitate to call us as we would be happy to help. Our family team is always here for you 403-283-7113 www.penleymcnaughton.com RE/MAX Central Calgary.

Sustained price appreciation in Vancouver and Toronto is revitalizing surrounding areas, according to the Spring Market Trends 2016 Final Report
National Summary: Vancouver and Toronto continued to see significant price appreciation in the first quarter of the year. Greater Vancouver’s average residential sale price in the first quarter of 2016 compared with the same period in 2015 rose 24 per cent, while single-family homes in the city of Vancouver crossed the $2 million threshold. In the Greater Toronto Area, the average residential sale price during the first quarter rose 14 per cent to $675,492.
The competition in both Vancouver and Toronto among buyers has discouraged sellers from listing their properties, thus further reducing inventory. While sellers know their homes would be quick to sell, many are reluctant to become buyers themselves and enter the highly competitive market.
Also, some potential sellers are hesitant to list their homes believing that home prices could appreciate further. However, not all Canadians can wait out the housing market as many are relying on their homes as a source of retirement income. According to a recent RE/MAX poll conducted by Leger, 56 per cent of Canadians 55-64 who are considering selling their homes are doing so to release equity for retirement.
Outside of Vancouver and Toronto, surrounding regions continue to experience a spillover effect as buyers move farther out in search of affordable single-family homes. This has led to significant price appreciation in regions such as Victoria (+10%), Hamilton-Burlington (+10%) and Barrie (+14%). The population growth in these regions, driven by housing demand, is growing local economies as restaurants, shops and services expand…

Calgary Summary: Calgary had a slow start to the spring real estate season as oil prices dipped in January, making buyers and sellers hesitant to enter the market. Once oil prices showed signs of beginning to recover, there was a corresponding uptick in real estate activity as well. Sales were down slightly in the first quarter of the year while listings were up.
There were 6,084 active listings at the end of March, compared with 5,704 the same time last year. With more inventory on the market compared with previous years, the properties that sell are those that are priced correctly and show well. While continued uncertainty in the oil industry has made some buyers hesitant, there is interest in the market and open houses are busy.

Other findings in this year’s report:
– Diversified economies and capital projects mitigate short-term effects of low price of oil in Calgary, Edmonton and St. John’s
– Millennials, especially in Ontario and BC, are counting on their parents’ help to purchase their homes

click on the following link for a .pdf of the Spring Market Trends 2016 Final Report 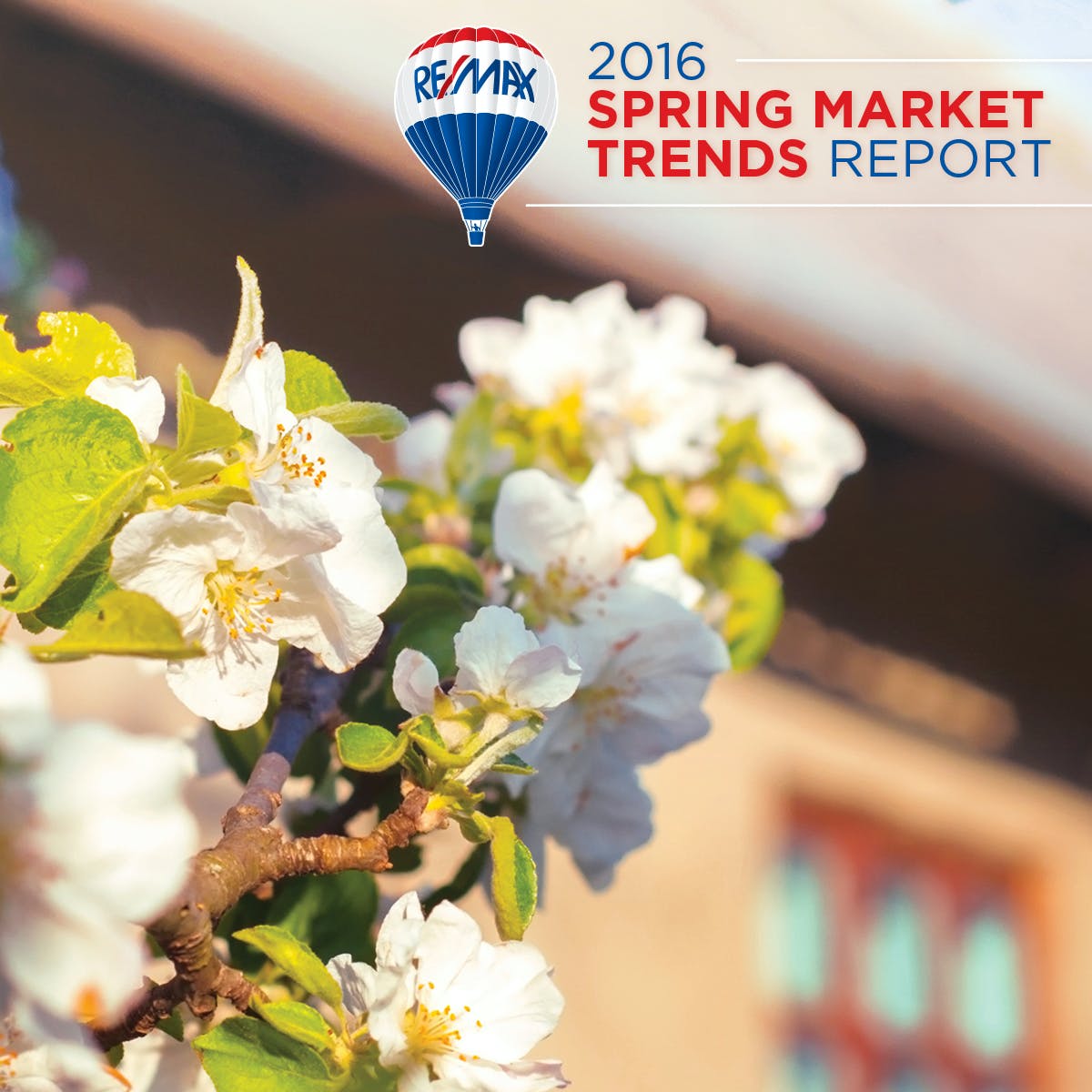 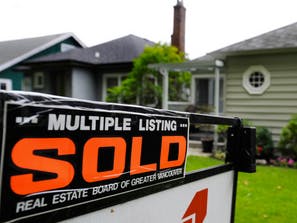 A Vancouver mortgage broker says that the detached housing market in the city is “bananas” and says he’s never seen the market like it before.
David Ford of Verico wrote in a client newsletter that it is “real estate pandemonium,” that there are multiple offers on many homes and that it’s spreading out of the city to the Greater Vancouver area.
Are you looking to invest in property? If you like, we can get one of our mortgage experts to tell you exactly how much you can afford to borrow, which is the best mortgage for you or how much they could save you right now if you have an existing mortgage.