2804, 2808 & 2812 19th St NW Calgary each listed at $750,000. R-CG zoned. Tenants are not to be disturbed in any way. Tenants’ rights apply. City architectural test shows up to 4-5 three story row houses can be built on 2804 plus another 6-7 units on 2808 and 2812 (mid-block lots). These homes are very well maintained. Don’t miss this outstanding development opportunity with the three properties totaling 150 feet frontage. END_OF_DOCUMENT_TOKEN_TO_BE_REPLACED

44 Hardisty PL SW, Calgary $449,500. This is your opportunity to move into the established community of Haysboro located on a desirable quiet cul de sac. A well loved home with 3 bedrooms up, two 4pc bathrooms, gorgeous original hardwood flooring, combination living and dining room with lots of natural light. Functional kitchen with room for a table looking out to the back yard . Lower level has huge with 2 developed areas waiting for your personal touch to turn into the perfect media/rec rms (or add an additional bedroom if so desired). You will appreciate the over sized “man cave” detached garage with upper level for storage and extra room for RV parking. Walking distance to both elementary and high school as well as Heritage LRT/bus station and easy access to Downtown. END_OF_DOCUMENT_TOKEN_TO_BE_REPLACED

The key component of smart homes and home automation is the Internet of Things (IoT). It has allowed us to connect our devices and home appliances with each other with the help of internet. Not only does it connect your smart devices, but everyday home appliances such as lights, doorbells, fans, windows, and clocks can also be controlled by smart technology. All of these devices can connect, communicate, take your commands, and send you information while at the same time perform their key function. To learn about the 5 upgrades that might intrigue you click HERE.

END_OF_DOCUMENT_TOKEN_TO_BE_REPLACED

Just listed 2808 and 2812 19th ST NW, inner city Calgary $750,000 per property – This is an opportunity you do not want to miss! 50 x 110 RCG. Total of 100×110 feet of development property with two homes bringing $5025 /month income total. City Architectural study allows a minimum of 6 three story row homes with garages. Please do not disturb tenants in any way. RPRs available. Excellent development site with a view to Canmore Park. Numerous upgrades including newer furnace, newer water heater, newer front windows 2nd floor, newer carpet in basement stairs and bedrooms, newer lino in kitchen and hallway. The flooring is almost all hardwood on the main and second floor. The basement bedrooms do have egress windows. 2812 has a total of 7 bedrooms. 2808 has 5 Bedrooms. Click HERE for more details.

END_OF_DOCUMENT_TOKEN_TO_BE_REPLACED

After celebrating the New Year, we are yet again preparing for Valentine’s and Family Day this month!Read our featured article on a new cool gadget called FridgeCam™ in our Newsletter and get a full real estate market update for the month. As always, we love hearing from you. If you, your friends or family are looking to buy or sell real estate please keep me in mind. Your referral is the best compliment we can receive. Click HERE or on photo to view full report.

Homes that have been used for growing marijuana are becoming more difficult to buy and insure.
The Financial Post reports that mortgage lenders and insurance companies are increasingly declining applications for properties that have been used as grow ops due to the potential damage to the property.
Mould in the walls and chemicals that have permeated carpets and walls can cause costly issues and buyers may find that insurers and lenders insist on expensive tests before agreeing to proceed.
Brokers report that lenders will often refuse a loan even where there has been a single marijuana plant in the property and that, along with the potential damage, lenders are concerned that a criminal past of a property could affect its future resale value. 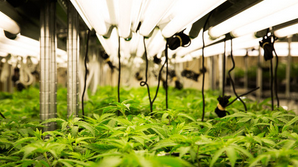 How will I know the property I’m buying is a former grow-op?

Where can I get a mortgage for a former grow-op?

The truth is, not very many places.
Over the past few years the majority of lenders in Canada no longer finance former grow-ops. There’s a good chance that if you walk into your local bank branch they’ll turn you away. There is only a handful of lenders left that will even consider lending on a former grow-op and for the most part are made up of local Credit Unions.
Since there are fewer mortgage financing options for a former grow-op, be prepared to potentially pay higher rates at origination and renewal. Make sure you thoroughly review the terms & conditions of the mortgage and make sure they fit with your current and long-term goals for the property.
While you might be getting a “deal” on the purchase price of a former grow-op, you may find it ends up costing you more in the long run since you are pigeon-holed into one lender.

When will a lender loan on a former grow-op?

Lenders will only provide financing to a former grow-op if it has been fully remediated. In British Columbia whenever a property disclosure and/or MLS listing indicates that a home has been declared a grow-op, lenders will require a satisfactory Phase 1 Environmental Assessment and a re-issued occupancy permit by the applicable municipality.
If you are thinking of purchasing a former grow-op, the listing REALTOR should have both on hand. Ask to see them. Without both a satisfactory Phase 1 Environmental Assessment and occupancy permit in place you will not get a mortgage.

How does buying a former grow-op affect value?

Since former grow-ops were once a hazard to the surrounding area they can contribute to a decline of the market value of the property.

Should I have other concerns when buying a former grow-op?

Absolutely! Since the property was once used for criminal activity you need to aware that your property may still be viewed as such by other criminals, and you may be more susceptible to home invasions and break & enters.
– See more at: http://www.rew.ca/news/think-that-former-grow-op-is-a-deal-think-again-1.1342233#sthash.Iss7FAX2.dpuf

Professional Organizer Jill Pollack knows a thing or two about organizing. Find out how she deals with those areas that don’t have obvious solutions. You’ll never guess the cute and practical use that your extra wastebasket has in the bathroom, or why you should think about bringing your office organizers into the kitchen. 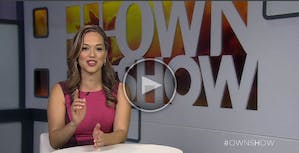 What is depaving? It’s a hands-on process of physically removing unnecessary paved surfaces and restoring them to vibrant and beautiful green spaces. 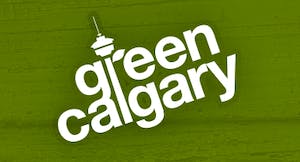 By depaving, we can help:

We offer 2 opportunities to Depave Calgary in your community:
All Depave Calgary Intro Workshops are 1 hour, with weekday evenings starting @ 6:30 pm and the Saturday workshop starting at 11 am, and are:

Interested in learning more? Join us at one of our upcoming intro workshops. We’ll explain the process, what you’ll need, and how it all works!  All workshops are scheduled at Green Calgary (#100, 301 – 14th St. NW).
Visit Green Calgary for more information! 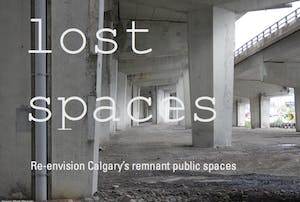 A local non-profit association is holding a competition in the hopes the lost becomes found again with some of Calgary’s less attractive spots.
The Lost Spaces competition – held by d.talks, a grassroots organization dedicated to “fostering collaborative and engaging public conversation about design and the built environment” – is a call for architects, artists, designers, engineers and students to come up with ideas to enhance “under-utilized” pieces of Calgary’s urban environment.
“Lost spaces are kind of complicated spaces. They’re the kind of remnants … they’re often fairly underutilized and they’re complex in the fact where they’re situated, how they’re situated, in the urban environment,” said d.talks co-founder Amery Calvelli.
“So there’s often not a lot of connectivity to them. It’s difficult to access them. They’re too small to think about what to do with them. The idea of the competition is to stretch the current thinking on what those spaces could be.”
Lost spaces could include space left over from an interchange, a roundabout, the place between two buildings, the area around a fire hydrant or bus stop, noted Calvelli.
Participants are encouraged to team up with varying disciplines to foster their design ideas and answer questions such as where the lost space offer greater links and connectivity for people? How can a lost space connect fragments into corridors and attract biodiversity? And, how might they contribute to management of stormwater?”
Calvelli said the contest, particularly in Calgary, is necessary for a number of reasons.
“Number one, it generates awareness for the number of these kind of spaces. Once you start noticing them, you notice how many there are,” she said.
“We’re really hoping to advance current thinking and how the possibilities for designers and artists, creative individuals in a number of fields, to collaborate on these and come up with something that really crosses the barriers that any one discipline or any one individual can think of. So we’re really thinking hopefully there’ll be some ideas that expand current use and current thinking on these spaces.”
Submissions to the contest will be judged by a panel of judges, including Susan Szenasy, editor in chief of Metropolis Magazine; Shane Coen, principal with Coen + Partners Landscape Architecture; Pierre Thibault, principal with Atelier Pierre Thibault Architecture; Shauna Thompson, crater for The Esker Foundation and Diana Sherlock, independent curator.
Registration for the Lost Spaces competition runs until March 20. Submissions are due March 30. Winners will be announced April 29. For more information visit www.dtalks.org/call-for-ideas.

The competition is a call for alternatives improving the use, public realm and ecological value of a lost space. Responding to an area’s deficiency in the public realm, can lost space offer greater links and connectivity for people? How can a lost space connect fragments into corridors and attract biodiversity? How might they contribute to the management of stormwater?  How can lost space be remembered and utilized? Is a lost space still “lost” if not used?

Judges will base their assessment on the following criteria:

A top prize and up to five (5) field prizes will be awarded. A shortlist of up to twelve (12) will be exhibited in the spring of 2015. Those shortlisted and not awarded a prize will receive a shortlist renumeration fee. An entry is not entitled to more than one prize. Only shortlisted projects will receive renumeration. Awards and renumeration will be granted only to projects considered by the jury to meet the formal regulations and the criteria.