Parkdale is located along the north bank of the Bow River between the communities of West Hillhurst andPoint McKay. It is bordered to the north by the Foothills Hospital.

Although the City of Calgary annexed the area in 1910, it was not developed until 1948; however, there is a house dating back to 1910 situated in Parkdale, below the escarpment of St. Andrews Heights.

Most of the community consists of low density residential dwellings, but has experienced a continued increase in density through development over the last 20 years. In addition, Foothills Hospital is situated on the hill just north of the neighbourhood. 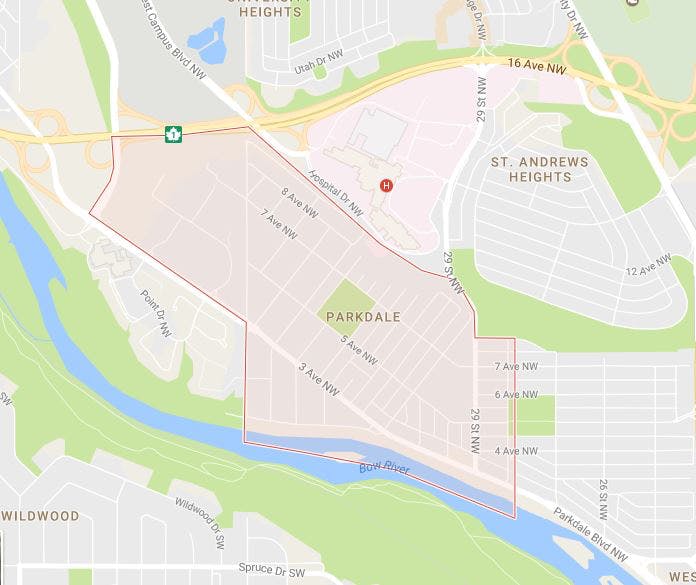