Housing market set for favourable lead into spring Detached prices stabilize as city-wide inventory trends down
Mar. 2017. City of Calgary, April 3, 2017 – After a long period of disconnect between supply and demand, Calgary’s detached housing sector is firmly in balanced territory. Sales were still 10 per cent below long-term trends in March, but above levels seen in recent years, while average inventory declined compared to last year, supporting price stability in the detached market. “It’s not so much that demand went through the roof in March, but that we had less supply come onto the market, which is really helping to balance things out,” said CREB® president David P. Brown. “These changes are lifting the cloud of uncertainty for housing consumers and nicely positioning our market as we move into the more active spring season.” Unadjusted detached benchmark prices totaled $503,900 in March, 0.4 per cent above last month and similar to levels recorded last year.  Meanwhile, Apartment and attached prices continue to remain well below levels recorded last year. “Market conditions are quite different in the apartment sector,” said CREB® chief economist Ann-Marie Lurie. “The additional supply coming from the new home sector is not easily reversed and the added competition is continuing to weigh on prices in the higher density sectors of the market.” City-wide inventory levels totaled 5,114 in March, 16 per cent below last year’s levels. This is primarily driven by the 25 and 17 per cent contraction in the detached and attached markets. Inventory levels in the ownership apartment sector remain three per cent higher then levels recorded last year. “The housing market transition in the first quarter appears to be consistent with trends in the labour market,” said Lurie. “However, the way the rest of the year unfolds will be largely determined by what happens in the next two quarters, as nearly 60 per cent of all housing sales typically occur in that timeframe.” For the FULL report click HERE.
If you have any questions please do not hesitate to call Doug, Susan or Kristen at Team Penley McNaughton with RE/MAX Central in Calgary 403-283-7113.

The Alberta Real Estate Association (AREA) compiles provincial MLS® sales data for dissemination to REALTORS® and other interested groups. The data that is provided represents statistics provided to AREA by way of the Canadian Real Estate Association (CREA). For more detailed statistical information for Boards/Associations or for individual areas, contact your local real estate Board/Association or your local REALTOR®.
The Alberta Real Estate Association (AREA) reports that a total of 3,709 residential unit sales were recorded through the MLS® Systems of real estate Boards/Associations in Alberta in November, down 21.1 per cent from the same month last year. The average MLS® residential price dropped 5.3 per cent from November 2014 to $385,430.
(click on the image below for the full report:) 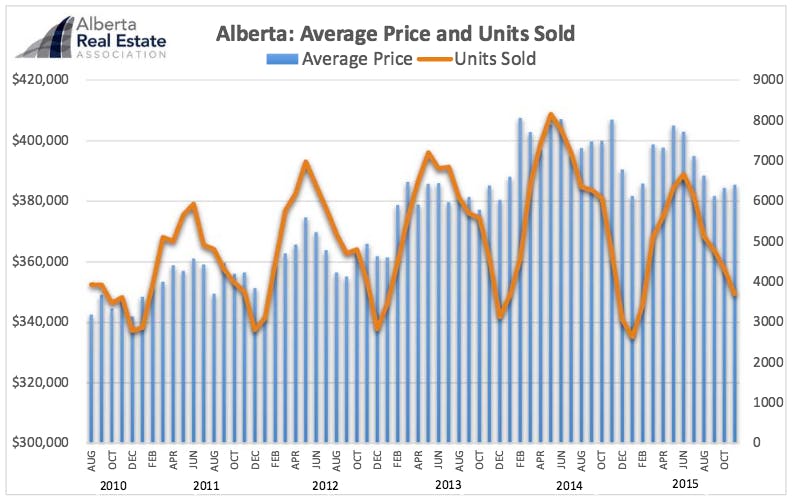 The value of all home sales in the province totalled $1.43 billion for the month, falling 25.3 per cent from November 2014…. For the full report, click on the following link: 2015-11-MarketReport