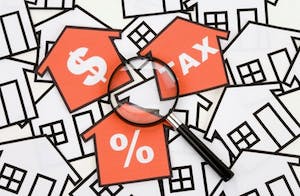 The Ontario government is to extend the power of municipalities across the province to charge a land transfer tax, according to the Ontario Real Estate Association.
The additional cost of a home, already in place in Toronto, would add thousands of dollars to the cost of buying a home in the province; government officials deny that the measure has been decided on.
“Ontario homebuyers are already charged a provincial land transfer tax, so by adding a municipal tax, they’re essentially doubling the tax burden on Ontario families,” said Patricia Verge, president of OREA.
“If the Ontario Liberals follow through with this plan, homebuyers will be forced to pay $10,000 in total land transfer taxes on the average priced home in Ontario, starting as early as next year.”
The association calculates that more than 38,000 property transactions did not take place in Toronto because of the introduction of the municipal land transfer tax.
Benjamin Tal, deputy chief economist with CIBC warned against the extension; he told the Financial Post that “most of Ontario is not booming.”
A new Ipsos Reid poll shows that the overwhelming majority of Ontarians (89 per cent) outside of Toronto oppose a new MLTT charged on home purchases in their area.
Respondents agreed that if a new land transfer tax were put in place, it would limit their ability to afford a home (77 per cent) and they would likely have to delay a purchase (75 per cent).
The majority (77 per cent) of Ontarians agreed that the government should do all it can to help families own their own home.
(http://www.canadianrealestatemagazine.ca/market-update/new-tax-set-to-impact-ontario-home-sales-198627.aspx)

Business groups are cheering on a city hall proposal that would push property taxes higher for homeowners so council can ease the pinch on industrial land, office space and retailers.
In the “tax room” debate, a controversial exercise that’s become common for council, city administrators will Monday ask to raise $27.6 million in extra taxes from residences – and then redirect $17.8 million of that to lower the city’s tax take from nonresidential properties.
Chief advocates for building owners and small businesses support such a rebalancing of the taxpaying pie, but many councillors aren’t sure what they’ll decide Monday.
Coun. Shane Keating was a key swing vote in council’s decision last year to take an extra $52 million of what the city calls provincial “tax room” and spend it on transit expansions. This time, he’s sympathetic to the protests from Calgary businesses that they’re disproportionately overtaxed, but isn’t sure he can sell this idea to his southeast Ward 12 residents.
“I’ve heard many times from people: ‘I’ll pay you the taxes if you show me the service,'” Keating said Thursday. “This doesn’t do that. It raises the taxes without the service.”
In the years before Mayor Naheed Nenshi took office, council normally approved the city’s side of property taxes, regardless of how that would combine on tax bills with what the provincial government was requisitioning in education property taxes.
But in recent years, council has decided the blended rate should match the approved city tax increase, so it adjusts the municipal tax hike to offset anything higher or lower on the provincial side of the bill.
This year, the Alberta government’s request amounts to a 1.5 per cent decrease in education property taxes for residences. By treating that gap as tax room to be occupied, finance staffrecommend that council hike homeowners’ municipal taxes to 9.0 per cent, to create a 4.8 per cent overall increase.
For non-residential properties, the province is requesting 14.2 per cent more in land taxes than it did last year, based on assessment bases throughout Alberta. So to balance that out, council is being asked to lower the city’s non-residential tax hike to 2.0 per cent.
It means two-thirds of the revenue raised from the city’s extra residential hike must go to paper over the revenue loss of a lesser tax hike to business properties. It leaves the city with $9.8 million in extra discretionary spending money every year, rather than the $27.6 million extra residents would be paying.
To Richard Truscott of the Canadian Federation of Independent Business, it sounds like a good idea. “Businesses are sick of being treated like a cash cow,” he said. “City council definitely should try to rebalance the rates to offset any big hit to non-residential property taxpayers, since they already pay such a disproportionate share of the property tax burden.”
City documents show that businesses account for 27 per cent of the total $255 billion assessed value of all of Calgary’s taxable properties, but contribute half of all the property tax – on top of licensing fees and the business tax, which the city has begun gradually phasing out.
If city officials’ proposed tax manoeuvre lets businesses shoulder less of the total taxes, “good on them,” said William Partridge, president of Building Owners and Managers Association of Calgary.
He said there’s some truth to Nenshi’s common statement that new suburbs don’t pay for themselves.
“There’s a reason for that – you’re not taxing them enough. They’re not covering their costs,” Partridge said.
Coun. Peter Demong, who has opposed past “tax room” votes, doesn’t want to exacerbate the tax imbalance between homeowners and business property owners. But he’s against using the spring’s tax rate finalization debate to fix that.
“These kinds of decisions need to be done at budget time (in November), not outside,” Demong said. His northeast colleague Jim Stevenson is more likely to support the tax proposal. The city should look for ways to ease the high non-residential taxes in Calgary, he said.
“This curveball that the province is throwing us on the business tax would really put it up at, I think, an unreasonable amount.”
If council leaves the municipal property tax increase at the 4.8 per cent it budgeted for, the combined provincial-city tax bill increase would total 2.3 per cent. If council does the same for non-residential properties, that sector’s combined tax hike would amount to 7.0 per cent, according to the finance department.
If council makes the same tax room decision it made last year, the typical homeowner pays $23 more on their city tax bill this year, thanks largely to a one-time rebate council approved to soothe anger over the $52 million hike.
Not counting the rebate, it’s actually a $123 increase.